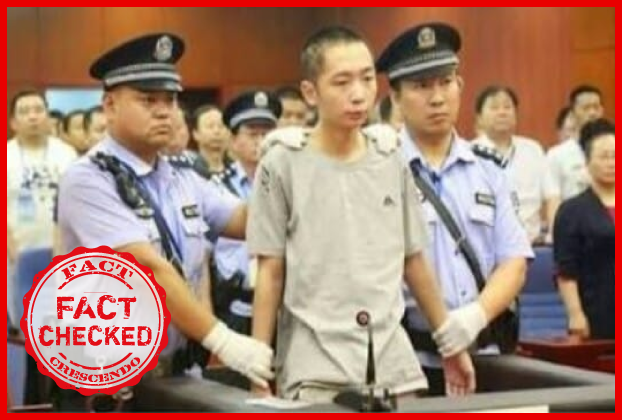 PUBG is a battle royale game developed by PUBG Corporation, a subsidiary of South Korean video game company Bluehole. The game is available on devices such as PC, Xbox, PlayStation and Mobile. The game starts with 100 players jumping onto an abandoned island and turning it into a battlefield. The last player left standing wins the game. Today we are going to see a weird claim associated to this popular game getting viral on social media.

A Facebook Page called DraGo GamerX along with a number of others had posted “A Japanese man killed his friend just because he didn’t give him 6x scope in PUBG” as shown below.

Posts with similar claims have gone viral in many parts of the world as well.

Since a number of users had reported this as false, we decided to verify the claim.

We carried out a reverse search for the image, using Google Reverse Image tool and found that the man in the image was arrested for killing nine students in China and had nothing to do with PUBG.

According to the report, 28-year-old Chinese man Zhao Zewei was convicted of killing nine middle school students in Mizhi County on April 27, 2018. He was executed in September 2018, after the Supreme People’s Court approved his death sentence.

Zhao, a former student of the same middle school was upset over the bullying he suffered as a child. He reached school to take revenge from his classmates but did not find any of them and had started stabbing students who were coming out of school in anger.

We also found many news websites published news article related to this incident.

In addition, we checked the viral image then we found the symbol on the cap of the police officer was similar to that of Chinese police and was not related to Japanese police.

We found many independent fact-checking organizations such as AFP had fact checked this claim as early as 2019.

However, number of accidental deaths, murders and cases of mental disturbances have been reported from across the globe, attributing the ill effects of PUBG on young minds. We found recent reports such as this from India related to PUBG game’s future in the country as well.

Therefore, from our investigation it is clear that the claims about a Japanese man killing his friend over a dispute in a PUBG is false. The person in the viral photograph had killed nine school students to take revenge for the bullying he had suffered as a child in the same school

Title:Did this Japanese man kill his friend over a PUBG game dispute? 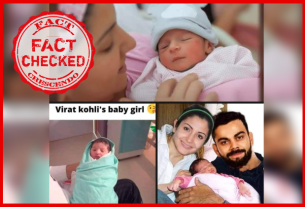 FACT CHECK: Is This the Photo of Virat Kohli & Anushka Sharma’s Newborn Baby? Find Out the Truth… 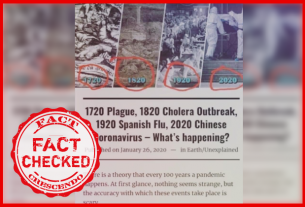 Is There A Pandemic Every Hundred Years As These Viral Posts Claim? 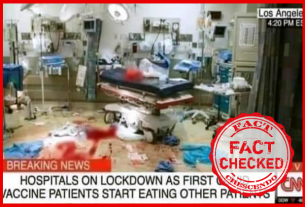 Do Not Fall for This Hoax of People Turning into Zombies Due to COVID-19 vaccine!

Best photograph of the century ?

Is this the clearest photograph of the Sun taken by NASA? Here’s the truth!

Viral message claiming WhatsApp will be chargeable is a Hoax

Trump did not write “Joe, you know I won” in his handover letter to Biden