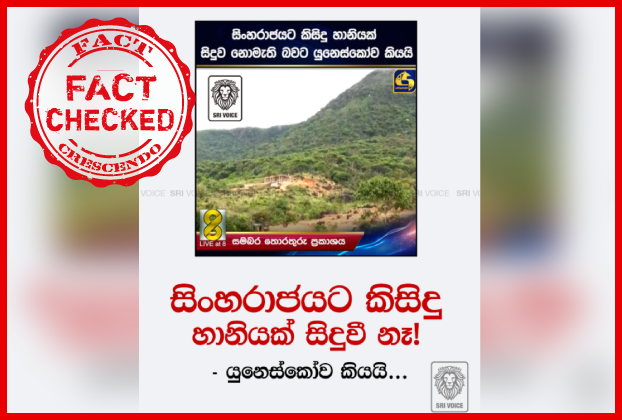 Dr. Punchinilame Meegaswatte, Secretary of the Sri Lanka National Commission for UNESCO (SLNCU), stated that there is no threat of deforestation in Sinharaja reserve as claimed by many. This statement had been a hot topic on both mainstream media and social media, over the past couple of weeks.

A number of media organizations in the country misreported that UNESCO had stated that there is no deforestation in the Sinharaja reserve based on Dr. Meegaswatte’s statement. However, during our investigation, we found that these reports had mislead many social media users. SLNCU is the national commission for UNESCO in Sri Lanka, whereas UNESCO head office or the regional office in South Asia has not commented on this matter yet.

Even though the Facebook post had provided a link to a web page with details, number of social media users had shared the above image, with the same misleading interpretation as seen below.

Since the statement made by Dr. Punchinilame Meegaswatte, Secretary of the UNESCO National Commission for Sri Lanka was the starting point of these reports we had a look at that particular video footage. (The video shows the statement from 1.34 to 1.48 minutes)

First we decided to find out details about UNESCO and its representation in Sri Lanka. UNESCO is the United Nations Educational, Scientific and Cultural Organization , founded in 1945 and is a specialized agency of the United Nations, headquartered in Paris, France.  UNESCO comprises of over 50 regional offices and over 190 member states from around.

Here is the link published by the UNESCO official website about Sri Lanka. Sri Lanka is listed under the regional office in New Delhi as there is no UNESCO office in the country. UNESCO Permanent Delegation for Sri Lanka & National Commission for UNESCO in Sri Lanka details were also listed in the web page as seen below.

Dr. Punchinilame Meegaswatte, who made the comments about the Sinharaja Reserve, functions as the secretary of the SLNCU (Sri Lanka National Commission for UNESCO), which is the government agency that implements the UNESCO agenda in Sri Lanka.

The main functions of the Commission are in the sectors of Education, Science, Technology, Culture, Media and Communication. The key functions of SLNCU are listed here.

We contacted the Secretary General of the UNESCO National Commission (SLNCU) Dr. Punchinilame Meegaswatte regarding his statement. Replying to the question whether UNESCO had issued an official report in this regard, Mr. Meegaswatte stated that UNESCO has not submitted such a report and there was no reason to issue a report as there is no deforestation taking place as highlighted by certain parties.

He further stated that his statement is acceptable as SLNCU has the authority of UNESCO regarding Sri Lanka. Also, Mr. Meegaswatte never mentioned during his statement given during a press conference, that he is giving the statement on behalf of official UNESCO office either.

We inquired about the stance of the Permanent Delegation of Sri Lanka in Paris regarding the viral posts and got the reply that “Dr Punchinilame Meegaswatte, Secretary General/ NATCOM says is agreeable. “

Since there is no UNESCO field office in Sri Lanka, after contacting the UNESCO regional office in New Delhi, we got the following reply.

“The speaker in the video in question is Pr. Punchi Nilame Meegaswatte, Secretary-General of the Sri Lanka National Commission for UNESCO. As such, he has been appointed by the Government of Sri Lanka (He is not a UNESCO staff member.)

In every country, National Commissions for UNESCO act as agencies of consultation, liaison and information, on behalf of the Government. They help mobilize and coordinate partnerships with national partners, including the civil society.”

Many social media users and publishers have provided explanations about this and here is a report submitted by the BBC Sinhala. Social media users misinterpreted the stance of SLNCU as the official stance of UNESCO on Sinharaja deforestation issue.

Last year UNSECO released a statement (click here), titled “Open Letter regarding the state of conservation of the World Heritage Property “Sinharaja Forest Reserve” (Sri Lanka)” in response to the number of queries regarding construction of a road through parts of the Sinharaja reserve.

However, UNESCO has not yet issued any official statement regarding the damage to the Sinharaja forest recently.

According to our investigation it is clear that the media reports which were published titled “UNESCO says no harm has been done to Sinharaja” had been shared by number of users out of context which had led to confusion that UNESCO office had made these statements.

However, the truth is that Sri Lanka National Commission of UNESCO (SLNCU) commented that there is no damage to Sinharaja reserve, as the Secretary of SLNCU (government agency that implements the UNESCO Agenda in Sri Lanka) had made these remarks recently at a press conference.

Neither UNESCO nor the South Asian Regional office of UNESCO in New Delhi have commented on the alleged deforestation in the Sinharaja forest reserve yet.

Title:FACT CHECK: Did UNESCO Release A Statement About The Recent Deforestation In Sinharaja? 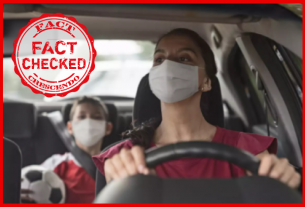 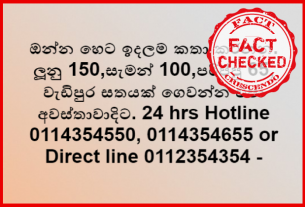 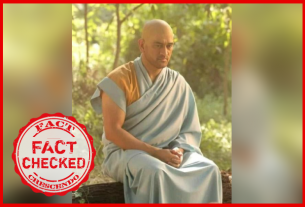