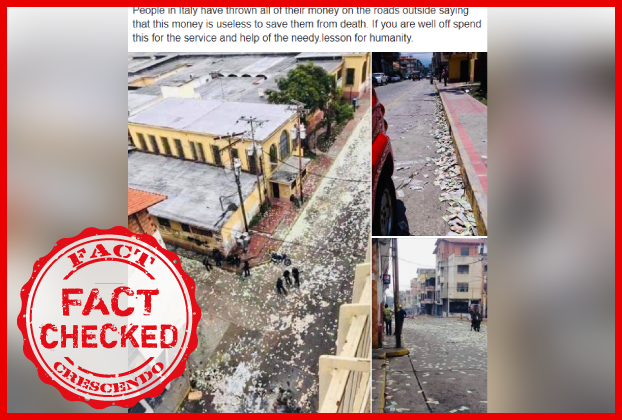 Italy continues to come to terms with the devastation COVID19 is causing and along with Spain it has been the worst affected countries in Europe. Number of old and unrelated images and extracts from Sci-Fi movies had been shared in a misleading way to describe the situation of Italy, which we have debunked in the recent weeks.

In such a backdrop, we noticed another claim circulating widely in Sri Lanka and many parts of the world giving the impression of how desperate Italians had become as they have started throwing cash notes to the streets, meaning money is worthless in this deadly pandemic. Below are 3 such claims shared in English, Sinhalese and Tamil.

Facebook user “Ibrahim Rasheed Ibbe shaed” shared a series of images with large number of currency notes dispersed on the streets with the caption “People in Italy have thrown all of their money on the roads outside saying that this money is useless to save them from death. If you are well-off spend this for the service and help of the needy. Lesson for humanity.”

Posts with similar narrative were shared in Sinhala.

In order to ascertain the origins of these images, we did a Google Reverse Image Search for this viral image and noticed a number of entries as below with relation to a street in Venezuela.

Below is one such post published on 17th March 2019 with the title “This is what happens when a currency has lost all its value, Venezuela”

However, upon further research we learnt that while this pictures indeed represented a street where cash notes had been dispersed in Venezuela, it was not due to devalue of its currency, but an incident related to a bank robbery.

Snopes, had done an elaborate fact check on these miscaptioned images which were represented as currency devaluation. Venezuelan local news agency had reported the incident along with few other images of the title “TERRIBLE! Hooded men looted Bicentennial bank in Mérida and scattered piles of old money bills through the streets” (Google Translated)

Below is a Twitter message in the article shared by a verified user on 12th of March, 2019

From our investigation it is clear that these viral images of Italians throwing money on streets is actually of money scattered on roads by bank robbers in Venezuela in March 2019.

Title:No, these images are not of currency notes thrown on streets by Italians… 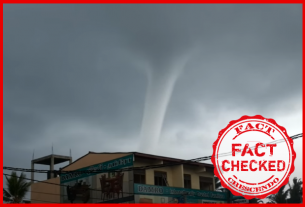 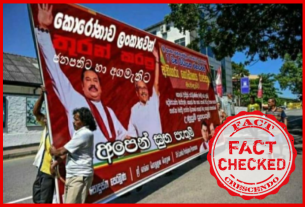 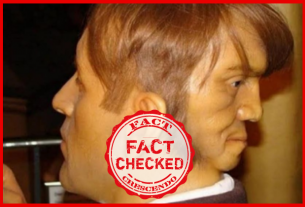 Man with an extra face at the back of his head? Here’s the truth!

4 thoughts on “No, these images are not of currency notes thrown on streets by Italians…”