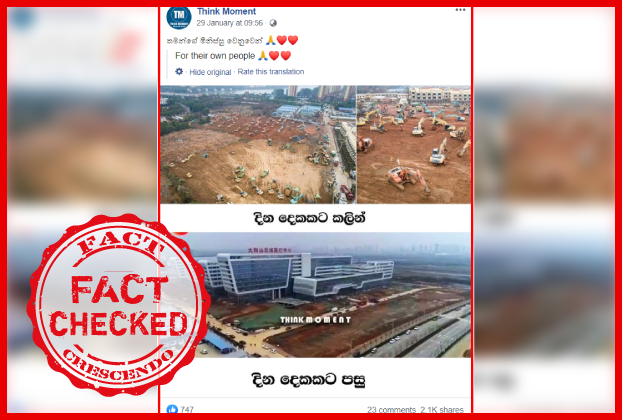 2019-nCoV, a respiratory virus first detected in the Chinese city of Wuhan, on the eve of 2020 has now infected thousands of Chinese citizens and has spread to a number of other countries. The rapidly spreading virus, which causes pneumonia-like symptoms, has been declared as a global emergency with the death toll rising above 200.

Chinese Authorities were quick to respond to the spread of the virus. They locked down Wuhan, the center of the outbreak and Chinese medical research institutions as well as the research facilities have been working round the clock to find  a cure to the deadly virus. On social media, number of posts were shared admiring the marvel of Chinese building a new hospital to treat the patients in just 6 days in Wuhan city.

We observed a post published by Facebook page “Think Moment”, captioned “තමන්ගේ මිනිස්සු ‌වෙනුවෙන්” shared two images, one of a construction site and another image of completed building. The post claims that the two pictures show the transformation of empty land being levelled by JCB cranes into a grand multispecialty hospital  in just two days!

Number of similar posts are getting shared and given below is a website making the same claim with the headline reading, “Chinese complete and declare open the proposed 06 day hospital in 2 days”

Within a short span of time, these posts and articles were shared multiple times with many commending the ingenuity of Chinese.  Many Facebook users reacted with disbelief and accused admins for misleading readers. Hence, we decided to find out the truth. Let us see whether this hard to believe news, a fact or a hoax.

We did a google reverse image search of the image of hospital building and came across number of news reports as shown below.

Our attention was drawn to the “DailyMail” report captioned “China’s first coronavirus hospital Opens after workers and volunteers spend two days converting an empty building into a 1,000-bed medical center as the global death toll hits 133” published on the 29th of January.

The report with images on how they converted the building within 2 days into a 1000 bed emergency facility went on to state that, “The hospital building in the city’s Huangzhou District was originally built as a new branch of Huanggang Central Hospital and was expected to open in May. But on Friday, the local authority ordered the complete but empty building to be used for treating coronavirus patients only and began preparations on Saturday.”

We checked news reports for latest updates on the hospital proposed to be constructed in 6 days. China’s official news agency Xinhua published photos of the construction site in Huoshenshan, where the proposed hospital.

We did a reverse image search of the construction site images of the first claim to ascertain that they were from the Huoshenshan Hospital and found that they were indeed associated with the hospital which was being built from scratch. The article “Wuhan’s new coronavirus hospital explained” from CGTN explains how this ambitious project is taking shape. The project is based on the Xiaotangshan model’ which played a crucial role in China’s battle against SARS 17 years ago.

Our fact check reveals that the newly opened hospital is an extended wing of Huanggang Central Hospital, scheduled to open in May 2020. A dedicated work force made the empty building into a fully operational hospital within two days, which was mistaken as the Huoshenshan Hospital proposed to be constructed in 6 days.  Huoshenshan hospital is still under construction and is expected to open to the patients on 3rd day of February.

Title:China didn’t construct a Hospital in just 2 days instead of the proposed 6 days. Here’s the truth… 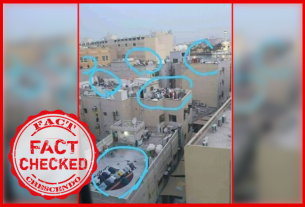 Are People In India Violating Lockdown By Gathering On Rooftops? 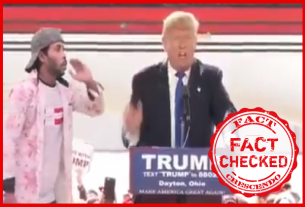 Was President Trump scared on podium when a man shouted Coronavirus 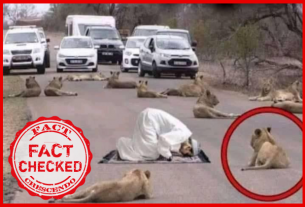